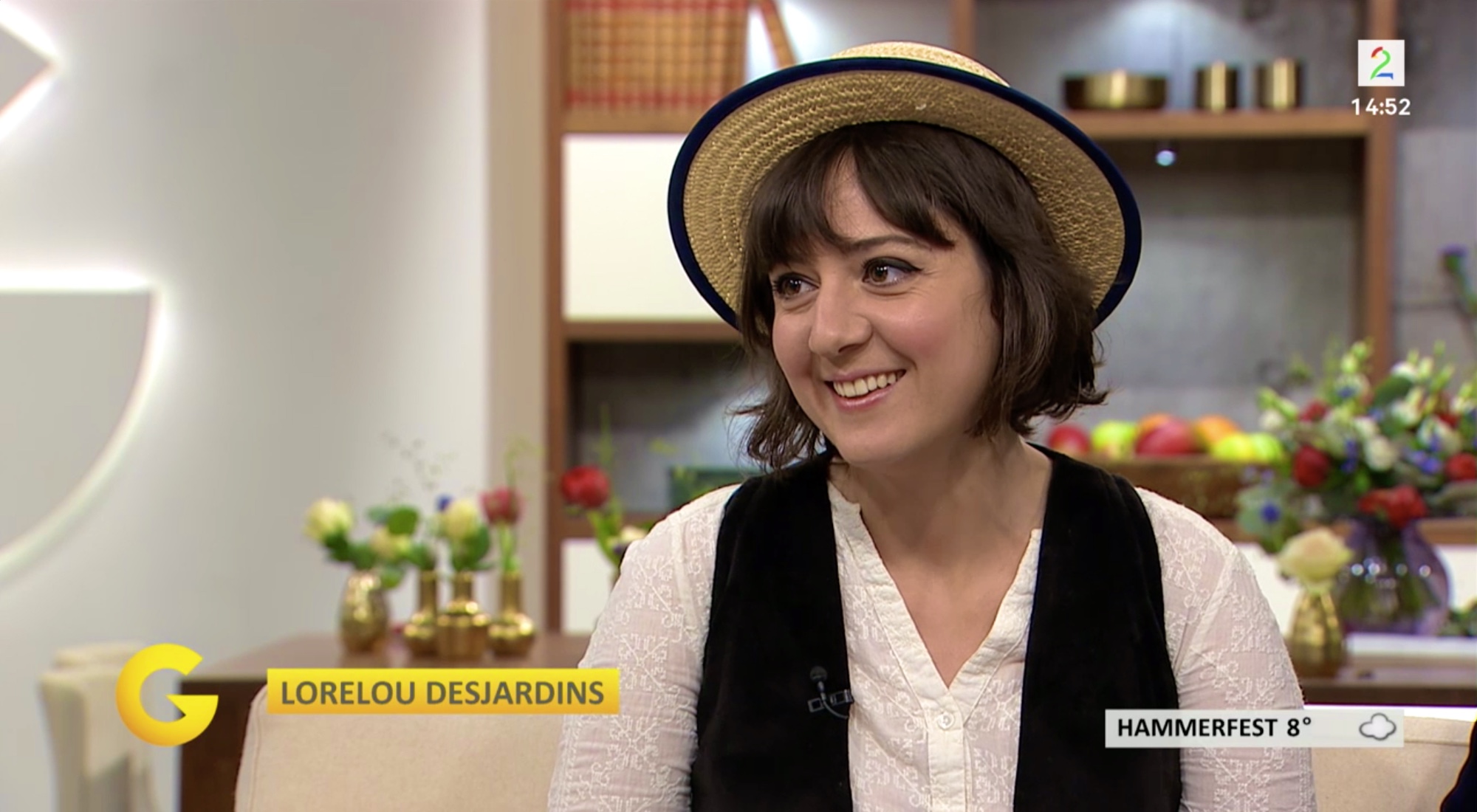 Since April 2017 when her book “En frosk i fjorden – Kunsten å bli norsk” was published, Lorelou is often invited on a television shows. She has appeared on a wide range of shows, from political shows such as Urix during the French and Norwegian elections, talk shows such as Lindmo and others where she talks about public debates in Norway.